You are here: Home / Archives for Ian O’Sullivan

Enjoy a Hawaiian Classical Guitar Concert with Ian O’Sullivan at Kahului Public Library on Saturday, July 14th. O’Sullivan is a classically trained guitarist that’s also extremely well-versed in Hawaiian slack-key guitar and ukulele. In fact, he was the first guitarist from Hawai‘i to be accepted to Yale University’s School of Music. Here is a very […] 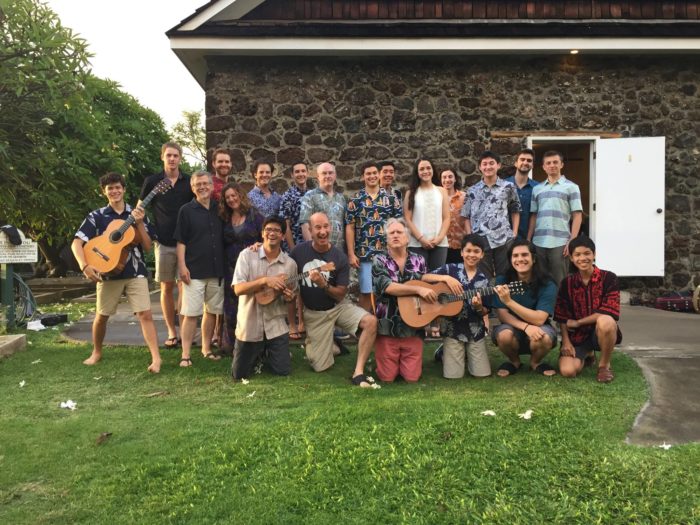 The 27th Annual Ki Ho‘alu Guitar Festival will be at Maui Arts and Cultural Center on Sunday, June 24th. Ki Ho‘alu (literally “loosen the key,” or slack key guitar) is a musical tradition dating back to the 19th century paniolo who would play guitar around the campfire after a day of ranch work. See an […]

Musician Benjamin Verdery will hold a series of guitar concerts at various Maui venues from Friday, July 7 to Tuesday, July 11. In celebration of the 18th annual Ben Verdery Maui Guitar Class, music lovers can hear sounds by Oahu guitarists like Ian O’Sullivan, Aaron Cardenas and Stephen Kane. They will also be joined by […]

Discover UH Maui College’s music department and opportunities this Friday, July 10 during its second annual Guitar Concert in the ʻIke Le`a auditorium. The show features Ian O’Sullivan, a Yale alumni and UH lecturer, Christopher Mallett, also a Yale alum and an Eliot Fisk Prize recipient and Aaron Cardenas, a current UH Manoa student. There will be […]

Maui Guitar Extravaganza presents Benjamin Verdery, Andrew York and Ian O’Sullivan this Tuesday, July 7 at the Makawao Union Church. A precursor to a week-long Ben Verdery Maui Guitar master class, the concert will feature both solo and ensemble performances. The guitarists’ extensive experience include stints at the Yale School of Music and the Los Angeles Guitar […]

If you enjoy baroque guitar, classical guitar and a dash of ‘ukulele, then you’ll definitely want to check out UH Maui College’s Music Department this weekend, because they’re hosting a trio of guitarists for a free mini concert. Music enthusiasts can look forward to hearing Ian O’Sullivan, Arash Noori and Ray Zhou. Each is connected to the Yale School of Music, […]