You are here: Home / Archives for Entertainment / Film Critique Danny Torrance, the little boy from The Shining, is a grown man (and now played by Ewan McGregor). Like his father, Danny is an alcoholic with a frightening temper. A harrowing mistake leads him adrift from one state to another, though Danny can neither outrun his past nor his psychic ability to “shine.” He meets […] At the start of Terminator: Dark Fate, old and new come crashing together. The former comes in familiar doses of clips, both vintage (we once again get Linda Hamilton’s terrifying monologue about the end of the world) and reconfigured (a beach provides a Normandy-like robot invasion). The latter is served in a startling introductory scene, […] The last time we were in Zombieland, it was a decade ago and our group of heroes had survived a massive zombie attack in an amusement park. Now, the gun-toting, Twinkie-loving Tallahassee (played by Woody Harrelson), brainy and neurotic Columbus (played by Jesse Eisenberg), stern Wichita (played by Emma Stone), and fed-up Little Rock (played […]

I don’t see movies more than once in the theater and usually avoid repeat viewings of the films I like for a few years. I do this because I want the repeat experiences to feel fresh and also, I see so many movies that I don’t really have the time to watch the same ones […] In the mid-’90s there were two high concept screenplays that were much discussed and in demand to be made within the Hollywood studio system. One was called “The Ticking Man,” set in the near future, about a man who wakes up, finds a bomb has been surgically planted in his chest, and has one hour […] Finally, someone at Warner Brothers realized that if you release a stand-alone movie about the Joker, you’re bound to make piles of money. The trouble is, they entrusted the story of Batman’s greatest nemesis with Todd Phillips, the director of Due Date, whose love of ‘70s movies (and mean-spirited material in general) gets the better […]

The “jump scare” is a well established trope of horror films, in which the “shriek chord” on the soundtrack suddenly rises, in order to give audiences a jolt. Lazy horror films aggressively use the “shriek chord” but aren’t fooling anyone. If a filmmaker needs the equivalent of someone screaming in my ear to induce fear, […] After John Rambo (played by Sylvester Stallone) saved a group of missionaries and murdered most of the bad guys in Burma, he settled down, found a home with a mailbox bearing his last name, and embraced normal life. At least, that was the conclusion of Rambo, the 2008 installment which belatedly caught us up with […] Following the enormous financial and artistic success of It (2017), returning director Andy Muschietti had a real monster to contend with: how to top the first film and shape what needed to be the horror genre equivalent of The Godfather: Part II. To the credit of the filmmakers and actors, this ambitious sequel gets halfway […] Grown-ups rule and kids drool. This is the conclusion I’ve come to after four months of one of the worst summer movie seasons in years. Movies made for young, out-of-school, spectacle-loving audiences are a highlight of my year but not when the formula has become this stale. A tub of popcorn shouldn’t be the best […] 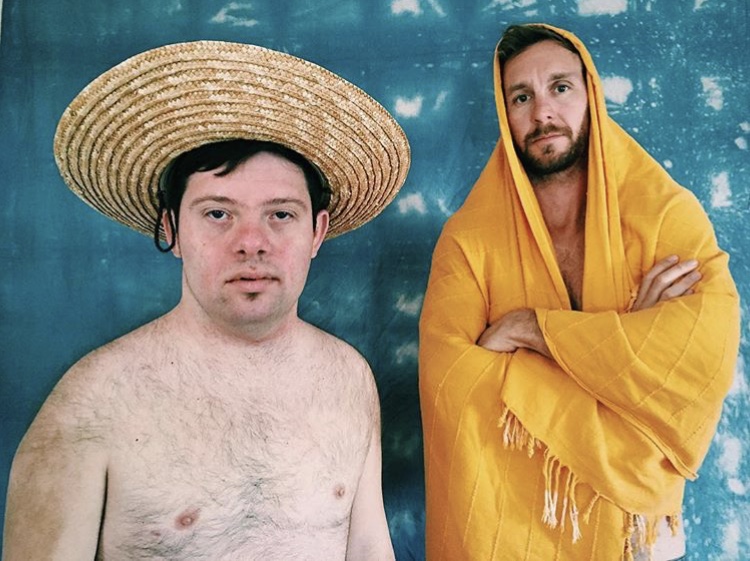 Somewhere between the title and the impossibly cutesy-looking trailer, The Peanut Butter Falcon seemed totally miss-able. The whole thing sounded like one of those pre-packaged Fox Searchlight movies that flaunts independent film street cred while touting an all-star cast that most little films could never dream of affording, in a premise that seems ready for […] Best friends Max (played by Jacob Tremblay of Room), Thor (played by Brady Noon of “Boardwalk Empire”), and Lucas (played by TV veteran Keith L. Williams) have been friends since the beginning of their lives and are struggling to survive the sixth grade. In addition to fending off bullies and dealing with their confusing parents, […] When we meet Billi (played by Awkwafina), she’s broke and living alone in New York. The one constant in her life is her relationship with Nai Nai (played by Zhao Shuzhen), her grandmother who lives in China. Billi is informed by her parents that Nai Nai’s doctor discovered she has cancer. Nai Nai doesn’t have […] Law enforcer Luke Hobbs (played by Dwayne Johnson) and career criminal Deckard Shaw (played by Jason Statham), supporting characters in the Fast & Furious franchise, now have their very own spinoff. What was once fast and furious is now long and tedious. If you’ve ever wondered what one of these movies would be like without […]